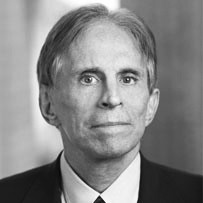 Richard H. Adelaar, CFA Executive Vice President Mr. Richard Adelaar is the Executive Vice President and a senior member of our investment management team. Mr. Adelaar began his career as a Security Analyst at Chase Investors, where he specialized in the energy, communication, and utility sectors from 1963 to 1978. From 1978 to 1981, he was a Vice President at Chase Investors Management Corporation, New York, where he managed special equity investments. Mr. Adelaar joined Peconic Partners’ predecessor firm in 1981 as a Portfolio Manager and Research Analyst. He was an Executive Vice President and member of the Investment Policy Committee of Forstmann-Leff Associates, LLC from 1997 until 2001. He came to Peconic Partners with William Harnisch in 2004. Mr. Adelaar earned an M.B.A. from New York University Graduate School as well as a B.A. from New York University. He is a member of the New York Society of Security Analysts, the CFA Institute, the National Association of Petroleum Investment Analysts, the American Gas Association, and the Communication Technology Analysts Association.

The content of this website is provided by Peconic Partners, LLC (referred to as “Peconic” hereinafter) and offers information about Peconic and a general overview of its investment activities, which are available only to certain qualified investors. The content of this website is provided for informational purposes only. Nothing on this website shall be construed as (i) investment or financial advice, (ii) establishing direct contacts with potential investors, or (iii) an offer or a solicitation of an offer for buying or selling any securities or investment program. The investment products and services described herein have not been and will not be registered in the United States with the Securities and Exchange Commission. Information on this web site shall not be construed as a public offering nor does it constitute a general solicitation, general advertising or direct selling effort under the Securities Act of 1933 of the United States.

While Peconic endeavors to obtain information from sources which it believes to be reliable, Peconic makes no warranty or guarantee as to the accuracy, completeness or reliability of any information contained on this website. Peconic shall have no liability for any direct, indirect, consequential or special losses or damages of any kind whatsoever arising from reliance on any of the content of this website. All information contained on this website is confidential and must not be distributed without the prior written consent of Peconic.